Pairs, Triplets and Quadruplets (combinations with the same card values)

After the dealer has shuffled the cards, the player to his right must cut some cards from the deck and lay them aside. The dealer takes the remaining cards and puts them on the raised part of the deck. Depending on which game variant was selected, each player receives four to eight cards which must be dealt out one at a time. The players may only pick up their cards, when all the cards have been dealt. After that, each player receives four more cards. However, these cards must stay face down on the table and can be bought later in the course of the game by discarding cards.

The player to the left of the dealer may start by buying one of his four cards that are lying face down. To do this, he must discard one of his cards (this card must be placed face down in the middle of the table). After that, he must pay one playing chip (monetary value 1) to the bank. Now, he may add one card from those lying face down to his hand. Similarly, he can also buy the second, the third and the fourth card. However, for the second card he must pay the bank two monetary units, for the third card three monetary units and for the fourth card four monetary units. If he has bought all cards or does not want to buy any more, his left hand neighbor has a turn. However, no player is obliged to buy cards. After each player has had a chance to buy some of his cards face down, the cards must be revealed.

Each player places his cards face up on the table one by one. Each card combination has a certain point value (see chapter 6). At first, the player with the highest card combination gets all playing chips paid to the bank. After that, he may get the point difference from the other players as playing chips.


6. Comparison of the game variants 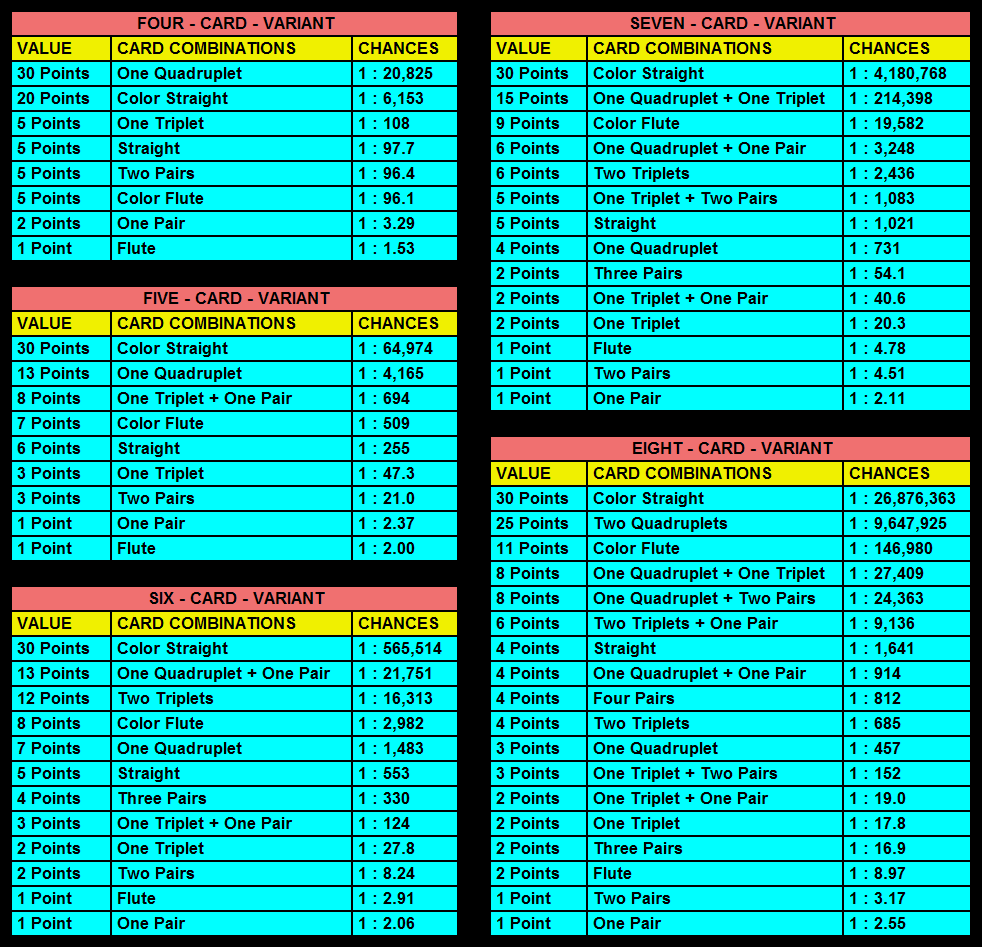 7. Game with 32 cards and special variant for playing with 4 cards 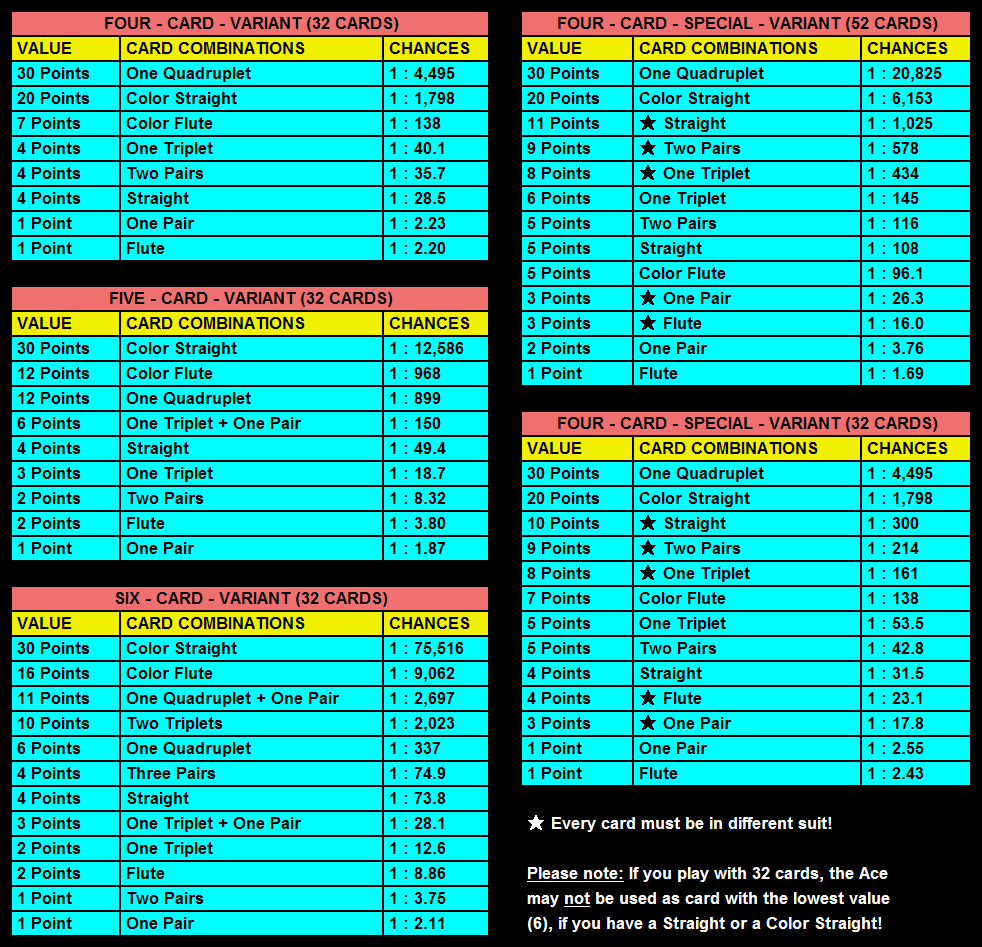 8. Game statistics to print out